The dreams, the hurdles & the inevitable

When it comes to designing retail spaces, the sky is not the limit. Safety regulations, commercial certificates, space restrictions, consumer demands, viability and ticking time can outline the parameters of the creative mind.

In short, sometimes reality curbs, or rather steers the creative dream into somewhere more familiar. Something more digestible for the consumer’s palette.

In this case, the project was Brocka, a gourmet streetfood-type restaurant in shopping mecca, Canal Walk.

Canal walk is known for its great variety of shops – all the good brands that most people know and love. And that goes for the food selection too. Nothing strays too far from the norm and nothing is too adventurous. It’s familiar of course; that’s the franchise promise.

When the creative team was briefed to design the Brocka Restaurant, they had a few obvious hurdles to jump. 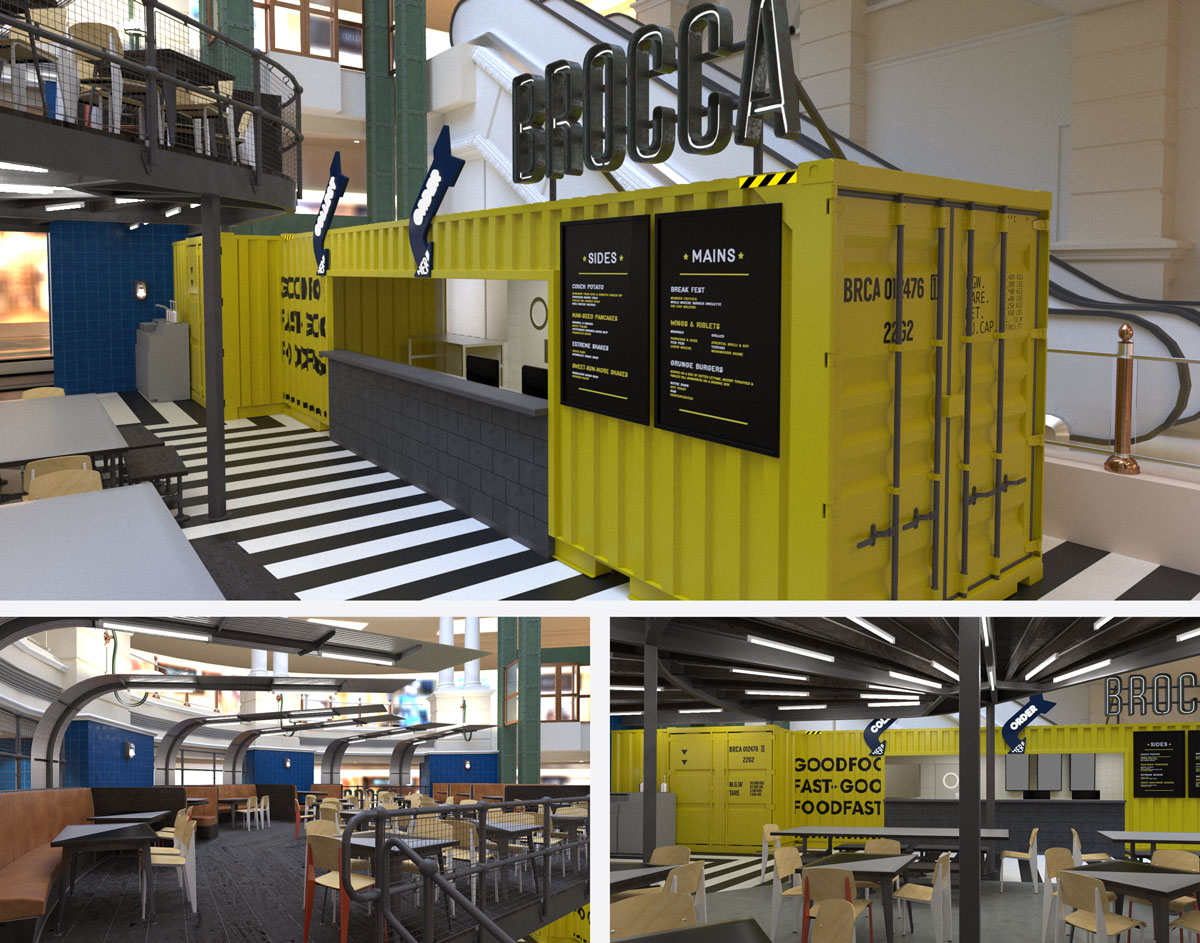 A beautiful idea was born from these challenges. Imagine a futuristic, grunge and counter-culture eatery – a place that maybe exists in a science fiction movie.

A shipping container would form the base of the idea, where after the rest of the space would unfold around it. This container would also become the kitchen and service area and provide a hub for the staff.

A mezzanine floor would provide extra seating and make sure that the space is not too crowded. This would be a standout restaurant, known for the contrast between it’s messy street-food and it’s almost-minimalist décor. Something different and new. Something that a Pinterest scroll would not yet deliver.

But somewhere between creative expectation and customer reality, is where this idea slowly and honourably died. Dead. Like a rat in the streets of Cape Town. Brocka needed to fit in a bit more. It had to sell food. It needed to be more familiar. More familial. Something like the other restaurants that people already know. It couldn’t stray too far off the beaten track.

And so idea 2 came into fruition. Slowly from under the inevitable dust, Brocka was built and finished. It took five weeks to build and carefully construct each aspect of this space. The actual shipping container was too big to get through the mall doors, so the team had to order the different segments of the container and build it themselves. 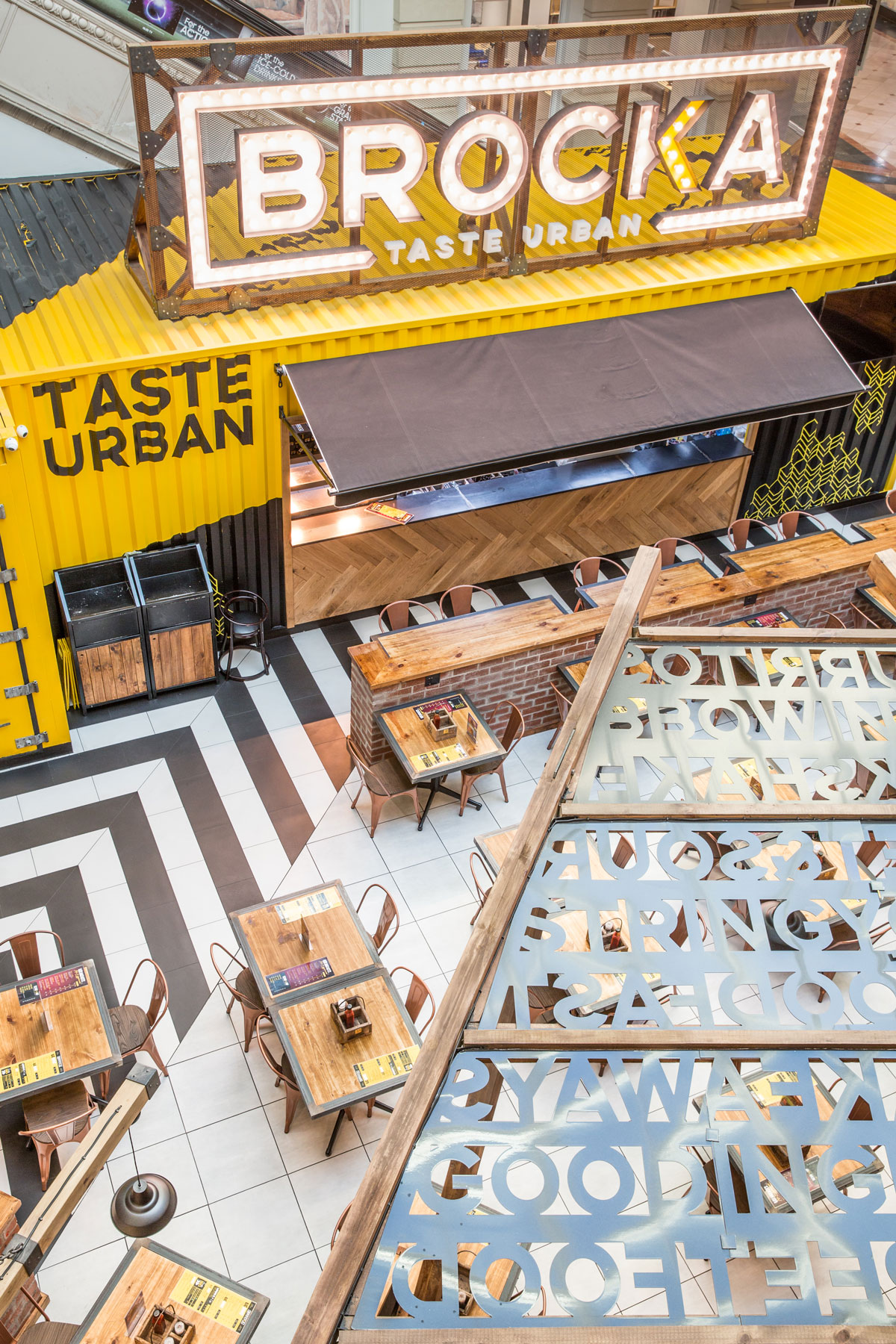 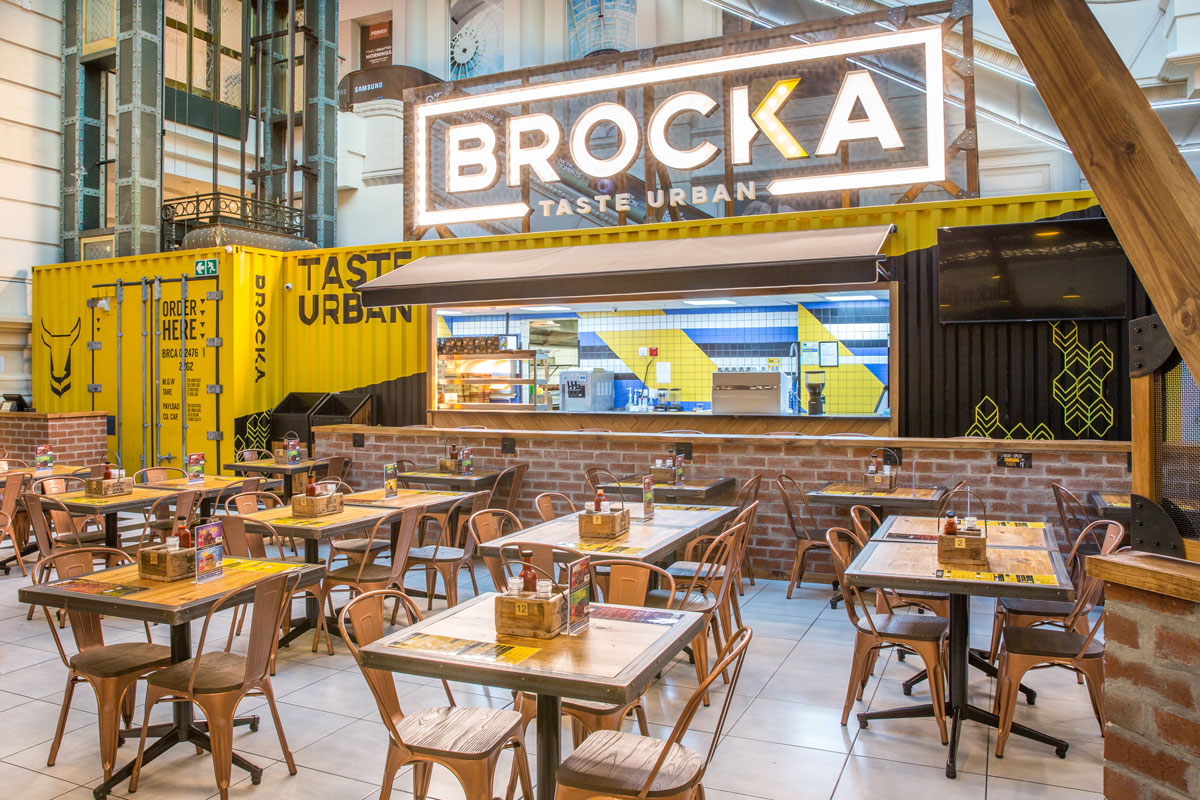 The final space turned out to be a mixture of industrial chic and just the right amount of street. Materials like exposed brick, copper, wood and steel were used to give Brocka a multi-layered aesthetic. Although the mezzanine floor from the original idea was chopped, a very unique wood and steel ‘roof’ still gives the hungry patrons some kind of privacy and something pretty cool to look up to.

The big Brocka sign beams just enough to capture the attention of each passer-by, while also giving the feeling that maybe, just maybe you could imagine that you’re in Chicago or even New York, having some authentically messy and equally delicious street food.

Designing for retail space is different. Sometimes the functional parameters restrict creative thought and break creative hearts, but sometimes that’s okay. Because those same parameters shape something else – something good – something that sells. 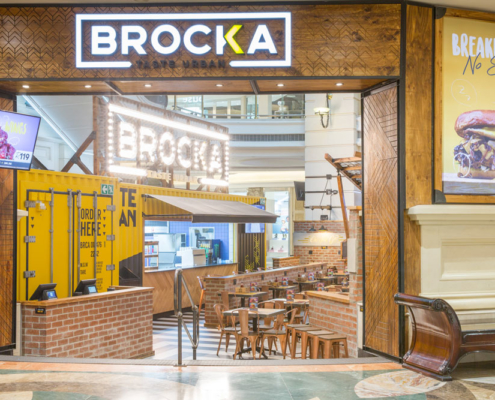 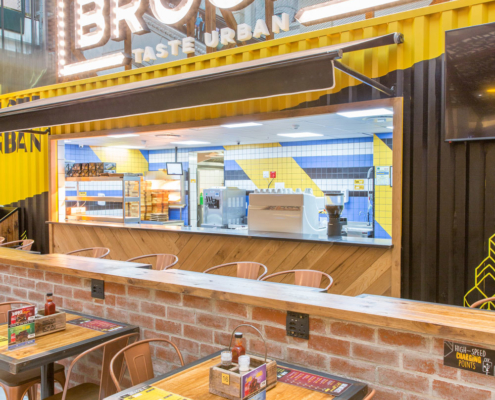 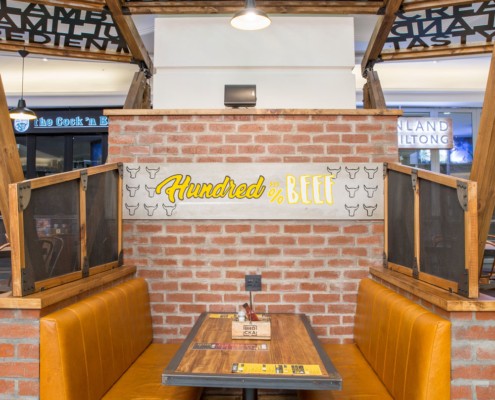 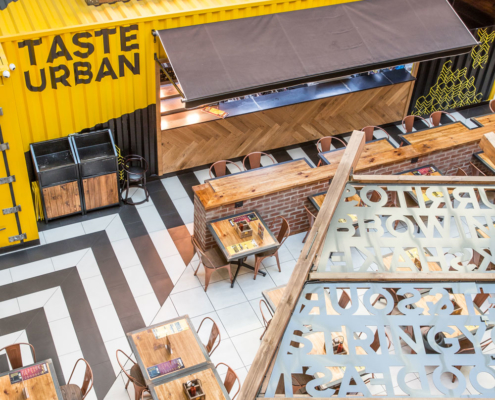 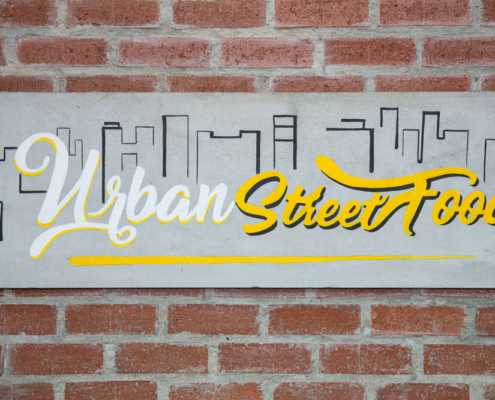 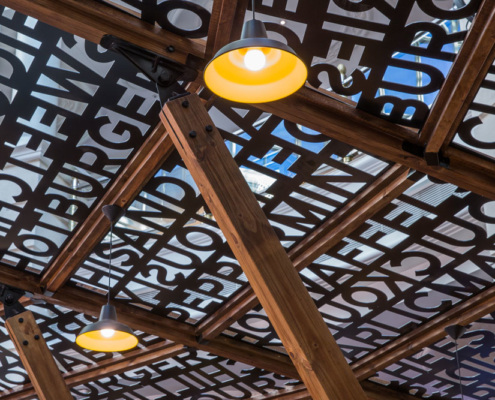 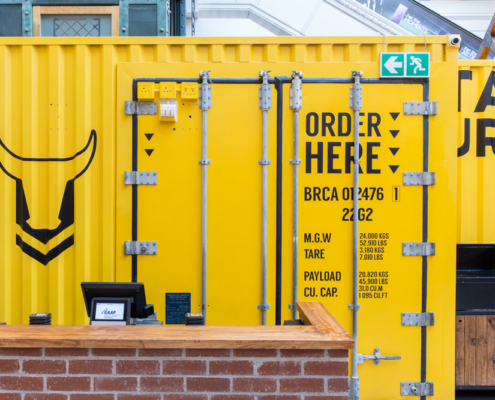 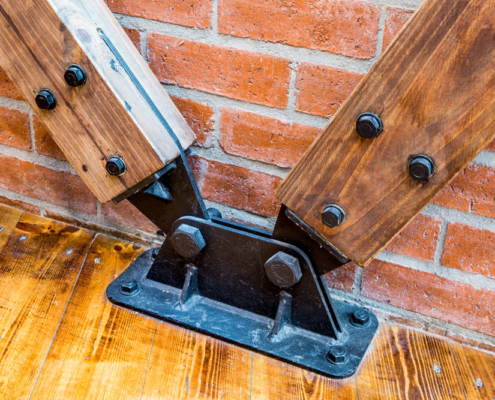 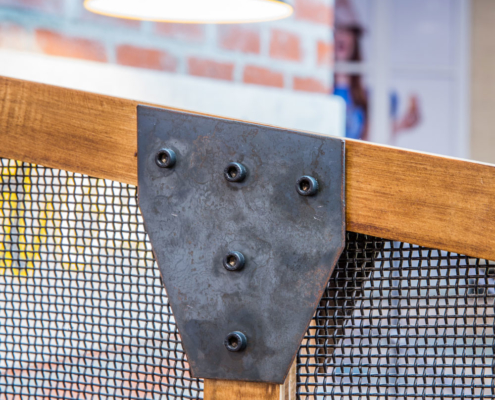 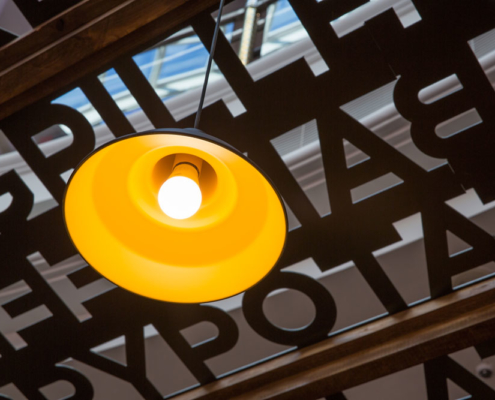